At the end of February, I was lucky enough to attend the Golden Key International Honours Society Leadership Summit in Montréal, the largest city in the Canadian province of Québec. While the summit itself went from the 23rd to the 25th, I arrived on the 21st and stayed until the 26th so I would have time to adventure around the city.

This trip was extra special in that it was the first time I had travelled completely by myself and arrived in a place where I didn’t know anyone. I arrived in Montréal late on the 21st, got checked into the Marriott Château Champlain where the conference was to be held, and then headed to the hotel restaurant for some dinner. I decided on poutine, a classic French-Canadian dish of french fries, cheese curds, and gravy.

I don’t know whether it was the time difference, exhaustion from travelling, or mental fatigue from recent life stress, but I slept for most of the 22nd before venturing outside with a peppermint mocha from Starbucks in hand to wander the city.

What I wasn’t smart enough to clue into was that -4 degrees is really cold, especially for a West Coaster like me who is always cold. After wandering for about two hours without a hat or a scarf, I returned to the hotel and indulged in some ravioli and wine to warm me up.

Friday morning I set my alarm, got up early, and embarked on a mission to find the Notre-Dame Basilica in the heart of Vieux-Montréal. It was absolutely gorgeous inside and I arrived just in time for the hourly English tour of the Gothic Revival structure. 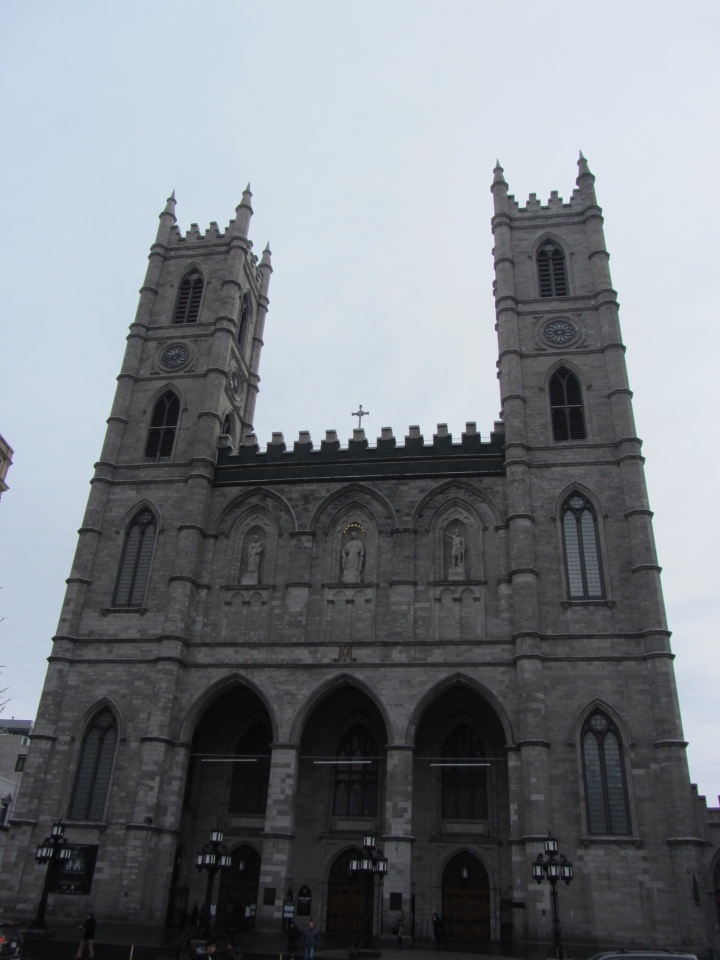 By the time I got back to the hotel, I had just enough time to freshen up before heading down to the lobby to check in for the summit.

At check-in, we received swag bags and then were randomly grouped with student representatives from other universities to embark on a city-wide scavenger hunt. I ended up in a group with two people from Mount Royal University in Calgary, Alberta, and they were both so nice. That night was a scheduled networking night so all the people registered for the summit went out to Thursday’s Pub for drinks and appetizers.

Now, this is where things got interesting. One of the two people from Mount Royal University with whom I did the scavenger hunt was a boy, and not just any boy, but a really nice one. He walked back to the hotel with me so I wouldn’t be walking alone in the dark in a strange city, and we ended up talking basically all night about anything and everything.

Saturday was filled with interesting keynote speakers and workshops delivered by professionals from a wide variety of backgrounds. That night, everyone went out for dinner at Weinstein & Gavino’s, where I had one of the best chicken dishes I have ever eaten. 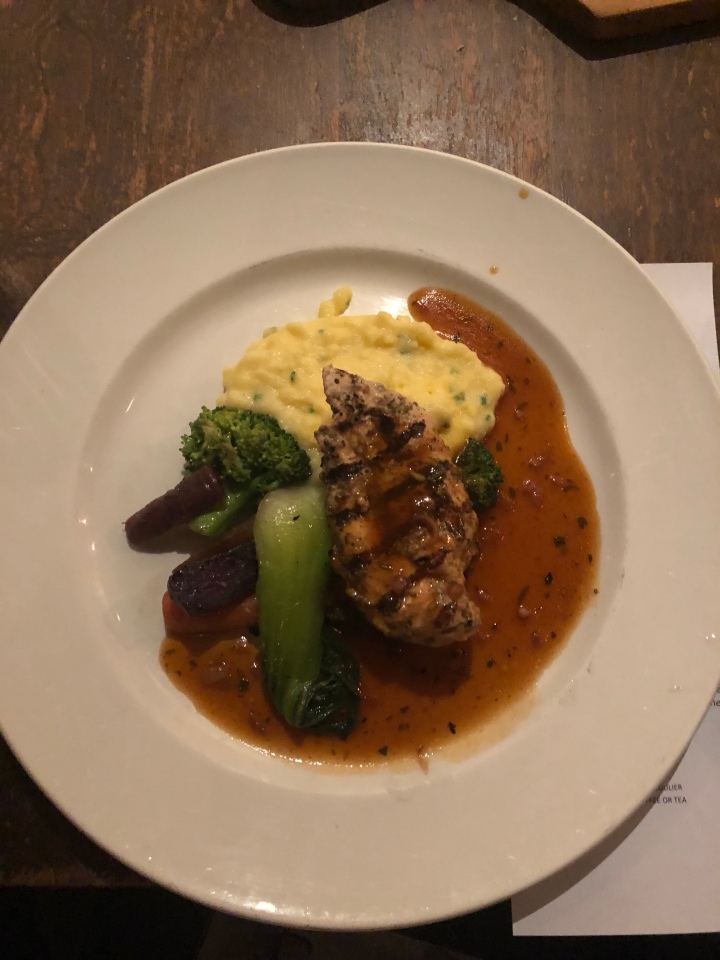 Sunday morning I headed out to wander Vieux-Montréal and the Old Port, but about 8 minutes in, freezing rain started pelting down. Most people probably would have turned back, but not me; I just kept walking, letting the rain hit me in the face, determined to see Vieux-Montréal and the Old Port. There definitely wasn’t much to see in the pouring rain, but the city was still beautiful to be in. When I arrived back at the hotel, I got changed, hung my drenched clothes to dry, and met up with Scavenger Hunt Boy to visit the Musée Des Beaux-Arts. The museum has these really neat red heart statues out front, which were one of the scavenger hunt items that our group didn’t find but I wanted to see. Plus I wanted to spend as much time with him as I could.

For dinner, he and I found an Italian restaurant called Monza, which offers family-size portions at the individual portion prices on Sundays, so we feasted on a massive bowl of mushroom pasta.

After dinner, we found the hotel pool and went for a nice swim to work off some of the pasta. And then at around midnight I got hungry again so we heated up the leftover pasta and realized too late that we didn’t have any forks so we ate it with coffee stir sticks from the coffee set-up in my hotel room.

Monday was bittersweet as I packed up all my things. I was looking forward to being back at home, but it meant I had to leave Scavenger Hunt Boy behind. It may sound silly that in three days I grew so attached to someone, but I did. He and I have talked every day since we met, and I am planning to head out to Calgary to visit him soon.

I know this travel diary is extremely late, but I still wanted to share this trip on my blog and to showcase some of the amazing sights in Montreal, as well as share how I met the most incredible person.

The only upsetting part of the trip was that it didn’t snow once!!! I was all excited to play in the snow and all I got was freezing rain. Not only that, but apparently it snowed back home the day I flew out. Clearly me and the snow just weren’t meant to be.